Looking for something? Search this site and archives. 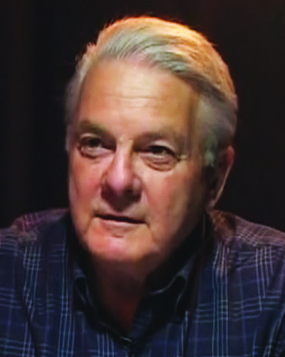 I did not try to bully the BoC Governor, but I am trying to head off what I think could come. History shows that politicians use “low hanging fruit” as targets when times get difficult. The episode of 1975 to early 80s was very unfair to Canadians who were being held responsible for creating inflation. We are in a K-Winter right now as then, but politicians and business people can only think linearly so they become dangerous to the population. If anyone wishes to use my letter go ahead. Likely currency devaluation will be difficult enough but add inflation and we don’t know if those conditions might end up with a lot of us being thrown under the bus.

You asked for suggestions relating to the modernization of the Consumer Price Index (CPI). This request brought a flood of not so pleasant memories for me, so I thought a reply covering this topic and more might help.  These are my suggestions, as a concerned citizen, that address the CPI issue and, maybe more importantly, economic and financial unfairness in Canada.

Before I get to unfairness, I thought to first start with the Bank of Canada’s three pages titled “Understanding the consumer price index” August 13, 2020 (App. A). The first page has about 25 lines describing what the CPI captures to create the index. At the end of that page and over to page two is a 7 line footnote about a very few examples of what is not captured. Thereafter there are descriptions to help the reader understand uses made of the index.

Because Stats Can deliberately passes over all living costs where the prices are not market determined, the CPI is misleading. From personal experience and perhaps for other Canadians, our cost of living would be better defined by what is not market-determined than what is. For example, our taxes, income taxes, GST, property taxes are ineligible, our electricity rates are not eligible because the Provincial Utility is supervised by the BCUC. According to the BC Auditor General, BC Hydro had almost $60 billion in contractual obligations that most certainly are incorporated into the customer’s rate base.  The proportion of non-market determined living costs is growing, making the shrinking market-determined proportion, shown by the CPI, less honest/fair.  I think full and honest disclosure should be the social gold standard in Canada but it is not. A partial illustration of this condition is shown by the BC Auditor General’s report of February 2017 (App. B). The term “self-supported” is meant to distract the reader from the important but unspecified conditions of the obligations. Little thought is needed to have the understanding that these mostly secret contracts, must have capital repayment provisions regardless of production or the initial capital would never show up. (App C & D)

App. E is a copy of the work by Norm Farrell. The message from his charts is that revenue from BC Hydro domestic customers increased by 100% from 2006 to 2020, without any increase in need, as measured by units sold.  With respect to the CPI, a personal cost increase of 100% over 15 years is not shown, yet the electricity cost is a significant item in everyone’s annual living costs.

This type of financial gaming the Canadian population is creating unwanted stress and it is my hope that Stats Can will find a way to help citizens better understand the process that has and is happening. If the CPI continues to be used in the ways the Bank of Canada describes, then with these inadequacies, it changes from being an objective tool to a social weapon of unfairness.

My first suggestion is that there be found a way of capturing and showing all living costs in a modernized CPI.
[END OF EXTRACT INCLUDED IN THE PRINT EDITION of Dialogue, Vol. 34, No. 2]

I next wish to write about “fairness” as a social gold standard for Canada.  It is as Robert Fisk and Leonard Cohen write and sing:  hope is the drug we all carry on with.

During the early 60s, the Government of Canada responded to political pressure and convened a Royal Commission on Taxation.  Mr. Carter and team dutifully did a thorough job and presented their 7-volume report with recommendations in 1966 (App. F). On page one of Volume 1, the very first finding was:-
“1. The present system does not afford fair treatment for all Canadians. People in essentially similar circumstances do not bear the same taxes. People in essentially different circumstances do not bear appropriately different tax burdens.”

The third finding was that-

“3. The fiscal system has not been used as effectively as it could have been used to maintain full employment, contain inflationary increases in the price level, and encourage Canadian ownership and control of Canadian industry.”

As a young student, this report was my first exposure to the Canadian DNA and at that time I did not process the Carter findings adequately.  These words from our country’s history are clear and to the point.  Taxation in Canada was not egalitarian. The shameful follow-on was well chronicled by Linda McQuaig in her 1987 book “Behind Closed Doors”.

Another Canadian author, Maurice Lamontagne, economist and Canadian Senator, added a more global perspective by writing “Business Cycles in Canada: The Postwar Experience and Policy Directions” (App. G). The good Senator’s narrative captured my attention because he was the first person to introduce me to the concept of economic and financial cycles. Up until then I had lived and worked in a world dominated by linear thinking. What was the biggest shock for me was the public admission in 1980, in Montreal, by the former Gov. Bank of Canada, Gerald Bouey, who admitted “It is a matter of regret that this policy was not accompanied in recent years by a reduction in inflation”. He went on to double down on blaming inflation in Canada on the demands of workers.

My experience as a young economist took an interesting direction in 1975 when PM Trudeau decided to step away from democracy by directing that all federally licensed holders must impose “Wages and Price Controls”; in some places that is evidence of a “command “economy (App. H)

In the aviation industry we were confronted by this order at the same time we were trying to introduce our customers to higher fares. To get through this federal obstacle we had to separate our operating costs between controllable and uncontrollable, leaving us then able to get fare increases approved, but only for the latter. An investigation of this kind gets one up close to those costs creating “inflation” and of course it was only jet fuel, under the cartel control of OPEC.  Yes, I was in the hearing room and the CPI was featured in the Government’s narrative at that time.

What I thought was a mistake cost the Canadian public a lot of money but nothing like the wreckage created by the Bank of Canada presiding over the increase in mortgage rates. By the mid 1980s I was trying to help clients prepare for retirement just at the same time residential real estate prices collapsed by as much as 50%. I could never see why the interest rate curves had to be so sharply inverted. All normal business was placed on hold waiting for the normal yield curve to return.  It must have occurred to your colleagues at the Bank that high rates in the 80s and 90s caused a lot of Canadians to be dispossessed and their retirements deferred. Hopefully lessons from then and contributors like the good Senator will be remembered when next dealing with fiscal challenges.

This brings me my second suggestion. Should there be yet unknown consequences from the Federal and Provincial deficits of 2020 please don’t only turn to the Canadian work force to get salvation, as was done by Trudeau Senior and Governor Bouey.

I want to finish this letter by providing further evidence of unfairness in Canada.

In September of 2011 the BC Law Institute delivered a “Report on Proposals for Unfair Contracts Relief” (App. I).  From what I wrote above, you will understand my interest. The important message here is the recognition that contract law does not give citizens fairness, at least in BC. After numerous tries I have only succeeded in getting the interest and attention of “green” parliamentarians. I hope you find this shortcoming as disturbing as I do. [A second item on the same topic attached as App. J.]

My third suggestion is that the Bank of Canada use its reputation for objectivity to give guidance to parliamentarians in redressing legal unfairness in Canada.

A more sinister way of unfairly treating Canadians might be by the tolerance of what looks like a cartel, specifically Canadian Banks. App. K is a copy of my letter to Minister Morneau two summers ago when I compared 5 year bond yields and 5 year fixed mortgage rates.  The standout is the markup comparison and differences between all nations with a similar credit rating as Canada, except with the USA.

My last topic is more by way of a small suggestion.

In the heat of the last financial turbulence the following article was brought to my attention (App. L). It is about the off-shore P3 industry so could have relevance for the Bank of Canada. Buying a copy of the RiskMetrics Group report was too costly for me but your team might like it to read if not already done.

Return to the Dialogue Home Page

What is Dialogue Magazine?

The WINTER, Vol. 35-No. 2 (Print Edition) was mailed to subscribers
on Christmas Eve. The digital edition will be posted here soon.

[$20 CDN/4 issues to addresses in Canada;
$6 SINGLE ISSUE] In addition to the printed magazine, subscribers receive a pdf copy with active links.
*  *  *

Links to earlier issues can be accessed here.

You can order a copy of the printed magazine!

"In a time of universal deceit, telling the truth is a revolutionary act."
- George Orwell

"The civilized have created the wretched, quite coldly and deliberately, and do not intend to change the status quo; are responsible for their slaughter and enslavement; rain down bombs on defenseless children whenever and wherever they decide that their "vital interests" are menaced, and think nothing of torturing a man to death: these people are not to be taken seriously when they speak of the 'sanctity' of human life, or the 'conscience' of the civilized world." - James Baldwin, Source: page 489 of COLLECTED ESSAYS (1998), from chapter one of "The Devil Finds Work" (orig. pub. 1976)

"Since world war two we've managed to create history's first truly global empire. This has been done by the corporatocracy, which are a few men and women who run our major corporations and in doing so also run the U.S. government and many other governments around the world." - John Perkins, 2005, author of the book titled 'Confessions of and Economic Hit Man'

In the struggle of Good against Evil, it's always the people who get killed. - Eduardo Galeano

"It's not enough to have lived. We should be determined to live for something. May I suggest that it be creating joy for others, sharing what we have for the betterment of personkind, bringing hope to the lost and love to the lonely." - Leo Buscaglia, author and university professor (1924-1998)

The above quotes are from ICH on Dec. 18-19, 2015: InformationClearingHouse

Add comments or new items in Your Submissions

Dialogue is located in Nanaimo on Vancouver Island, BC